Fasting may not be necessary before Lipid Profile

Link
Posted by Bala at 6:15 AM No comments: Links to this post

Ultrafiltration vs. Diuretics for Cardiorenal Syndrome

Methods
We randomly assigned a total of 188 patients with acute decompensated heart failure, worsened renal function, and persistent congestion to a strategy of stepped pharmacologic therapy (94 patients) or ultrafiltration (94 patients). The primary end point was the bivariate change from baseline in the serum creatinine level and body weight, as assessed 96 hours after random assignment. Patients were followed for 60 days. 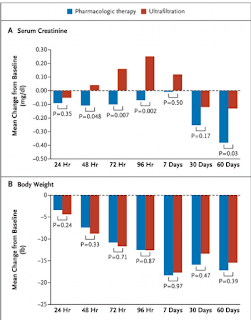 Conclusions
In a randomized trial involving patients hospitalized for acute decompensated heart failure, worsened renal function, and persistent congestion, the use of a stepped pharmacologic-therapy algorithm was superior to a strategy of ultrafiltration for the preservation of renal function at 96 hours, with a similar amount of weight loss with the two approaches. Ultrafiltration was associated with a higher rate of adverse events. (Funded by the National Heart, Lung, and Blood Institute; ClinicalTrials.gov number, NCT00608491.)
Posted by Bala at 2:58 AM No comments: Links to this post

Obesity : Role of Policy and Government in the Obesity Epidemic 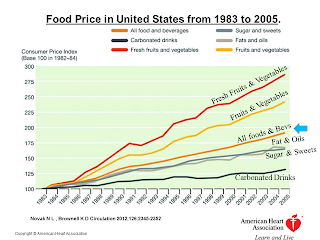 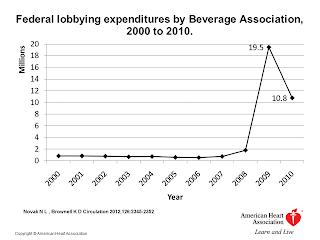 In 2001, the Surgeon General's “Call to Action to Prevent and Decrease Overweight and Obesity”1 identified obesity as a key public health priority for the United States. Obesity rates were higher than ever, with 61% of adults nationwide overweight or obese. In the intervening years, several administrations have declared a commitment to deal with the problem, and the food industry has issued numerous pledges for change, yet the prevalence of overweight and obesity has risen further, to 68%.2 Children have been particularly affected; >19% of school-aged children were obese in 2007 to 2008 compared with just 6% in the late 1970s.3 Disease rates join high healthcare costs, so everyone is affected personally, economically, or both.4,5


A wide range of government policies and programs have been implemented, including the development of national clinical guidelines, nutrition labeling on packaged foods, education and social marketing efforts, and more recently, calorie labeling on restaurant menus and federal efforts to increase access and financing for fresh fruits and vegetables. However, most of these efforts focus on clinical and educational factors or on community interventions and, until recently, have rarely addressed environmental drivers of obesity. There is growing theoretical and scientific support for policies that intervene on environmental determinants of overeating. The implementation of some policies is facing resistance from the food and beverage industries.
Posted by Bala at 2:07 AM No comments: Links to this post